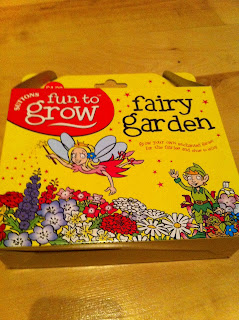 I’ve finally got into the gardening mood! The sun has been shining, and it has brought a spring to my step! Just waiting for it to warm up now before I seriously tackle the weeds in the garden.

On a recent visit to Band Q (if you call over a month ago recent….) I saw this box and thought it was quite cute so I got it for my little munchkin. Since then she has been hassling me to open it but it’s been sitting on my stairs for the past month. I thought if I put it away I will totally forget about it. At least with it being left on the stairs it reminded me I had to get it sorted!!! 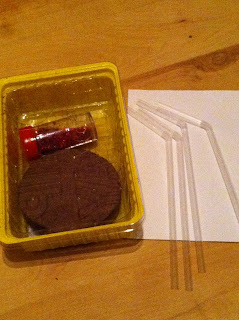 I FINALLY got round to opening it last night and sowing the seeds!

In it was a round, flat bit of compact soil, red glitter and 4 straws.

I was a little bit bemused by the straws and couldn’t work out what they were for and sat there scratching my head. Finally I did remember that there will probably be some instructions on the box! (What can I say? It had been a long day at work!) Anyway you will see what the straws are for at the end. 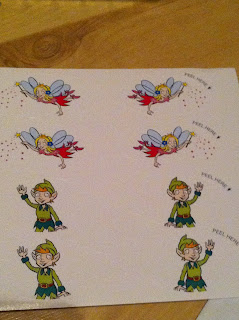 There were also some fairy stickers. Well I guess they had to justify why it was called a fairy garden! 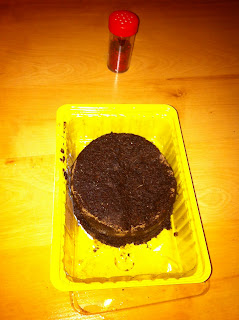 After unpacking everything we added some water to the flat compost and watched it expand like magic! Well, for a young child I guess it is magic unless you explain the water is making it expand in scientific terms. I was happy to go along with magic for now. 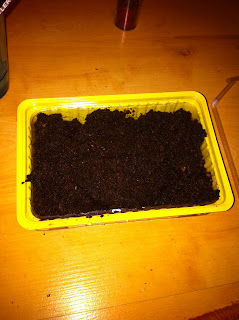 Once it was softened sufficiently we had to spread it round and prepare it for the seeds. I think I ended up putting too much water in as it was a bit soggy!! It could stop the seeds from growing. Will have to wait and see. 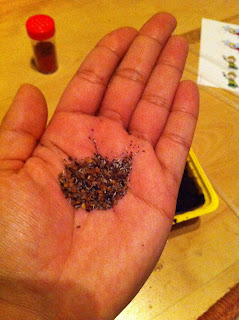 There were plenty of seeds! A complete mixture. I am now thinking I should have sown some in a separate pot as that tray is not going to be big enough once the seedlings emerge.

And voila! The final product. The straws were to stick the fairy stickers on and add to the soil. I do think it looks a bit odd though. We then sprinkled some magic ‘fairy dust’ on it! 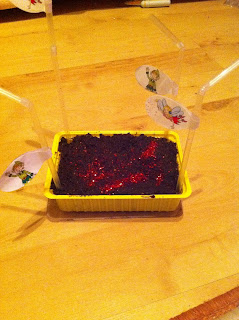 Now the waiting game begins! Will keep you updated inshAllah!