Skip to content
So I received my P45 yesterday, with my final wage slip.
I am officially a SAHM from 1st April.
I was expecting it, but it still felt like a kick in the teeth. Especially since there wasn’t even a letter to accompany it. I know I had received a letter back in February with a sentence at the end saying ‘Thank’s for your service’, but after 9 years of working there I would have expected more than just the P45 shoved into the envelope.
Oh well.
Now it’s not my employers fault that I have been made redundant. But rather the Government’s fault. People up and down the country in Citizen’s Advice Bureau’s have been made redundant due to the changes that have been made to Legal Aid. We used to be able to help people appeal benefit decisions on Legal Aid, but this has been changed. As we can no longer use Legal Aid for this purpose, our jobs went.
It is not just the fact that my job has gone that is depressing, it is the fact that countless people out there will no longer have the support they used to have to appeal incorrect benefit decisions. One of those groups affected, but not limited to, will be those with mental health problems.
I had numerous clients who clearly said that without our support their mental health would have deteriorated as they would not have been able to get through the appeals process alone. Just seeing a letter saying that their benefit has stopped is enough to upset someone without any mental health issues so imagine the turmoil of those with health problems. And now they may not be able to have the support through the whole appeals process that they could get before from specialists in this area, for free. Some may not even have the courage to fight the decisions.
Yes some people do try it on with the benefits system, but some genuinely deserve the benefit but flawed medicals meant their benefits were stopped. I had a client who’s benefits were stopped and she was dying of cancer. There was an issue with her not being able to speak a word of English, and a whole interview with floods of tears, but we managed to get her benefits reinstated. However, I soon learnt that she had died. To this day I do not know if she received the letter saying she WAS entitled to benefit before she died. She spent her last days fighting to get what was rightfully hers rather than making the most of her last days on Earth.
Working at the bureau was stressful at times, but I will miss it.
I will miss that feeling of accomplishment I got when we won an appeal and we helped make someones life better.
I will miss seeing the happiness on my clients faces when they realised all is not lost and we CAN help.
And it was lovely to receive flowers and chocolates now and then as a thank you. (Not that we asked for anything). They always made my day. 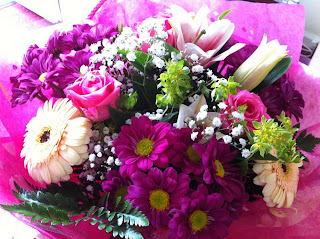 Oh and I will even miss some of the stupid comments such as ‘Oh your spoken English is very good!’